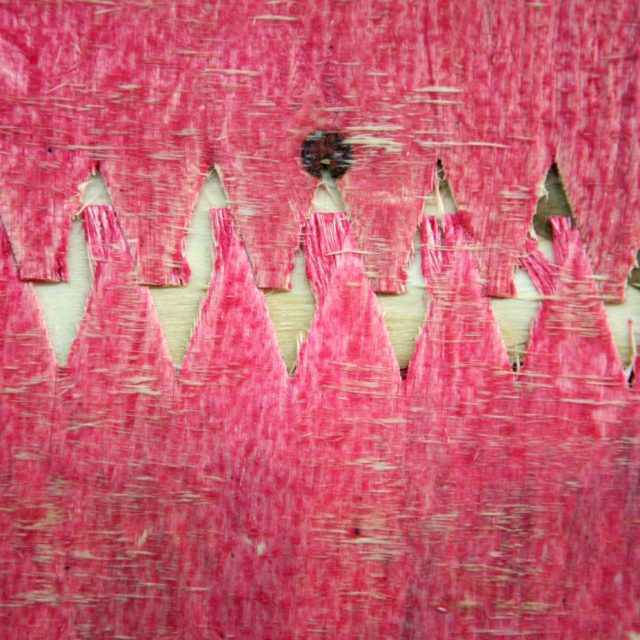 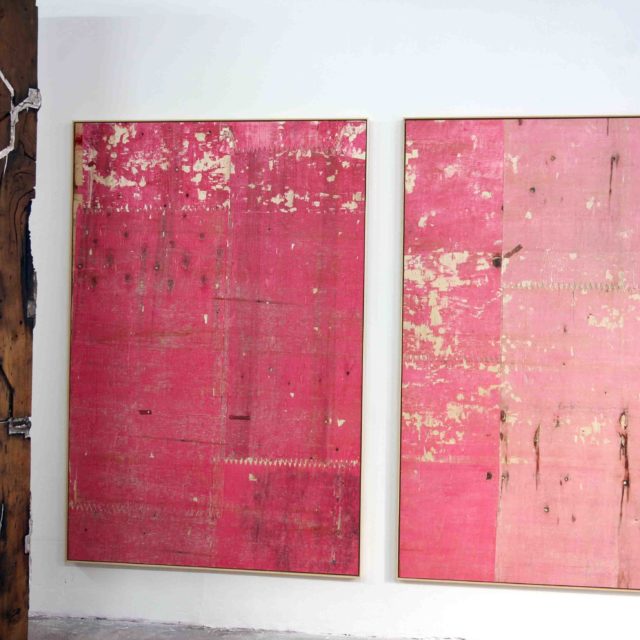 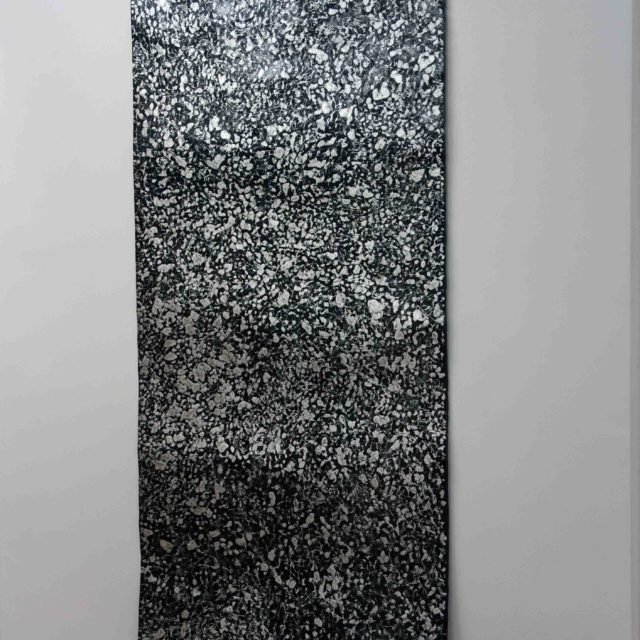 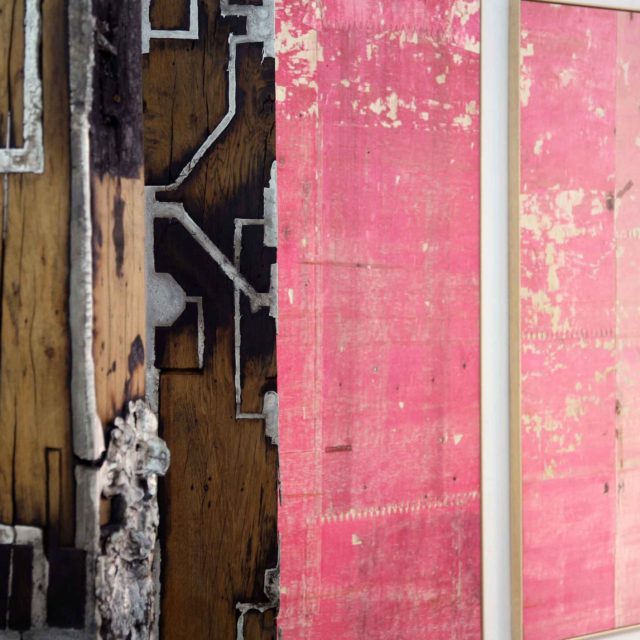 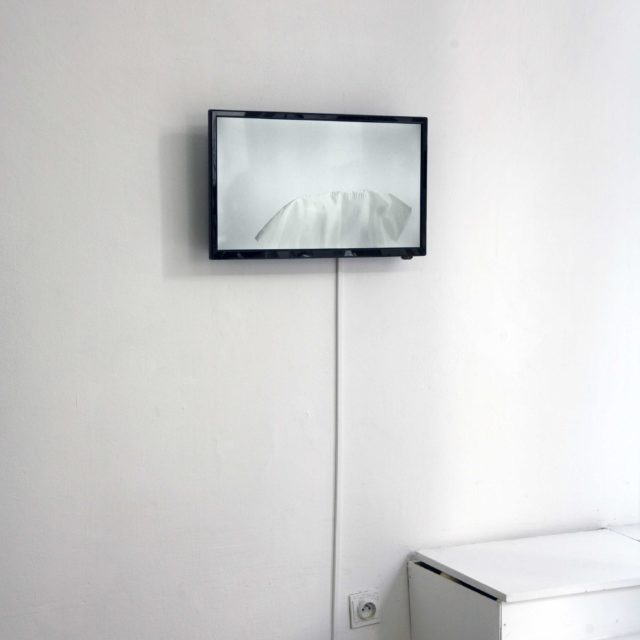 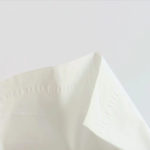 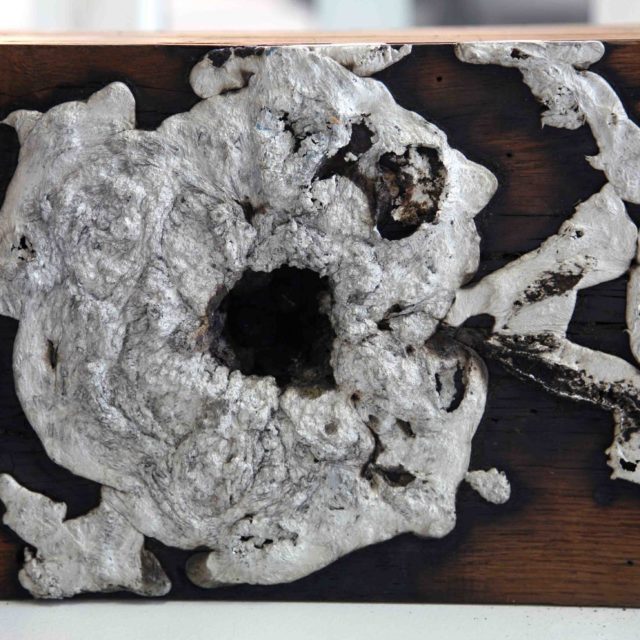 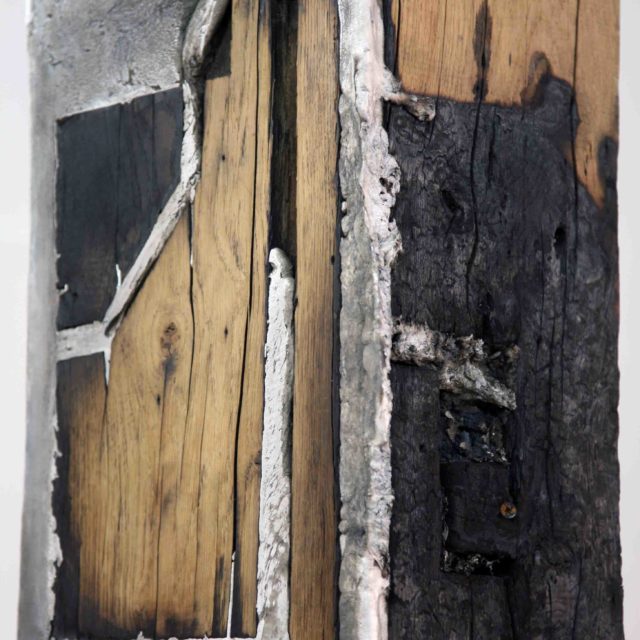 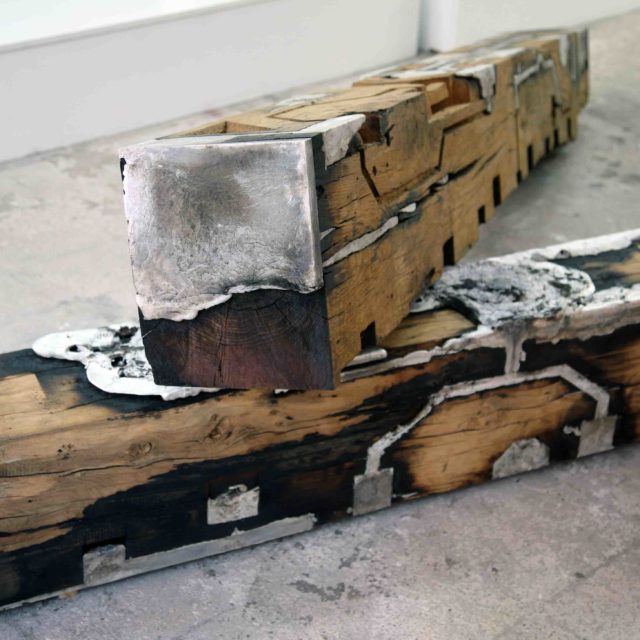 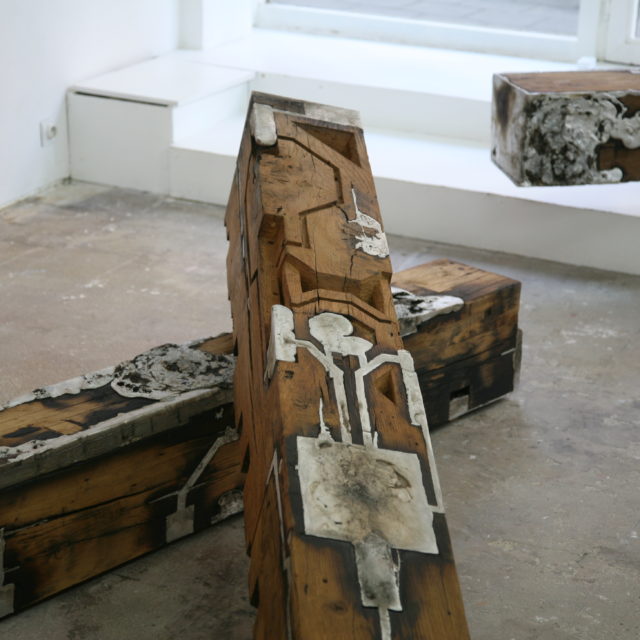 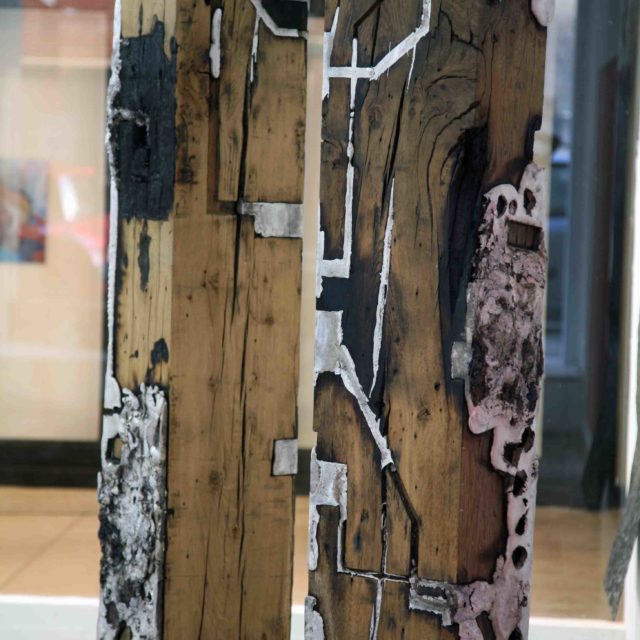 João Freitas and Lander Cardon’s works can be seen through the prism of their own means.
João Freitas explores the means of drawing, pushing it to its limits. He goes beyond the two dimensions of the drawing, experiments the paper, extended to the medium, deconstructing it. For instance, he started to remove the different layers of regular industrial plywood, showing us something that we are not supposed to see, working as an archaeologist of the industrial world. He explores all the possibilities of the medium, focusing on the freedom of gestures without being fixed on the result.
Lander Cardon works from found materials, like those century old oak beams that he recovers from a site. He plays with the relation between sculpture and architecture, referring to menhirs and obelisks, standing in the tradition of megalithic art. The carved motifs refers to circuit boards and aluminium was cast into it to fuse with the oak beams, like today’s means could fuse with our heritage.
Like Arte Povera, both artist use raw means in their own work. The process can be experimental or symbolic, partly controlled, and is mostly about the expression of the material itself. They build no boundaries between the work and the reality of the material.