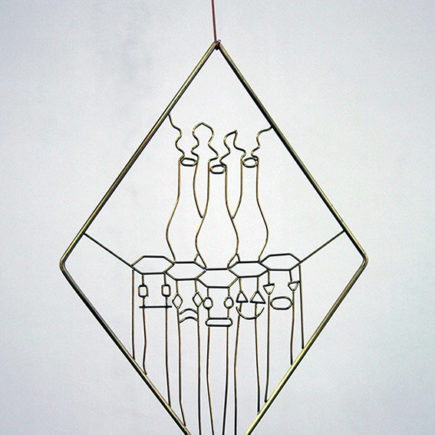 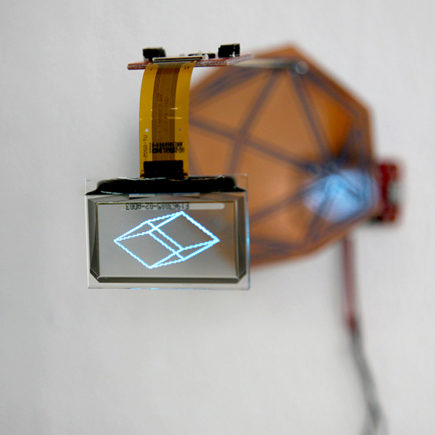 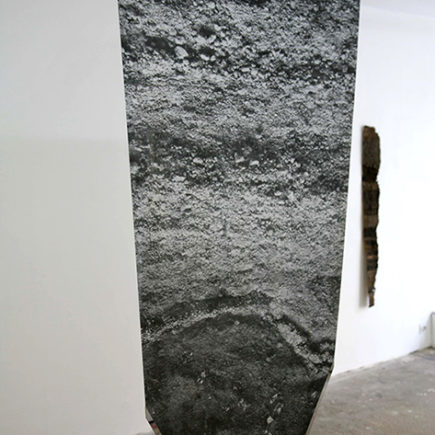 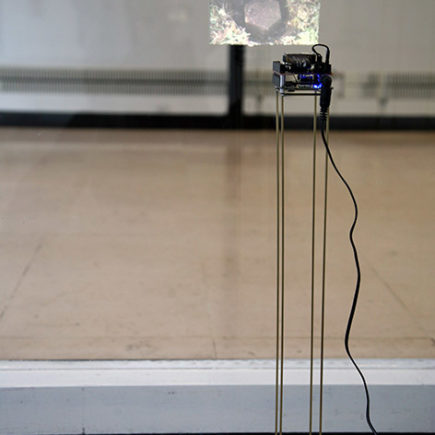 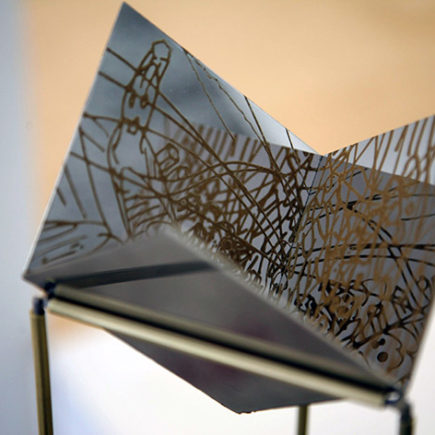 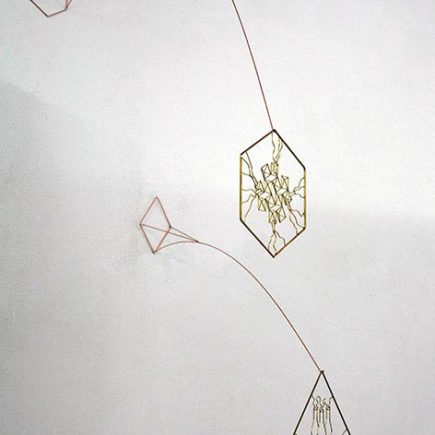 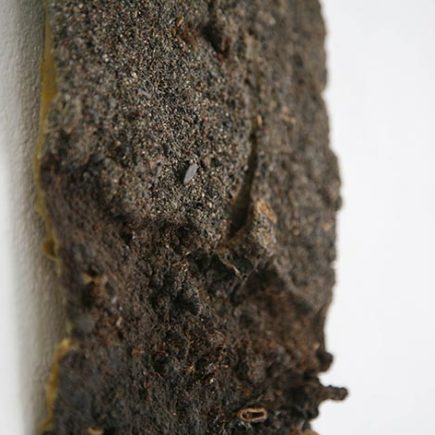 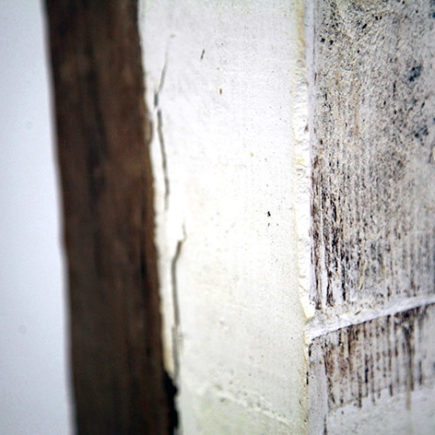 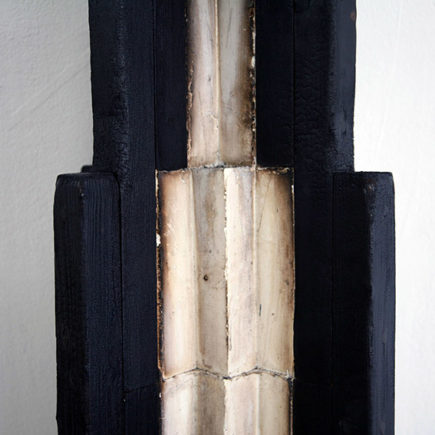 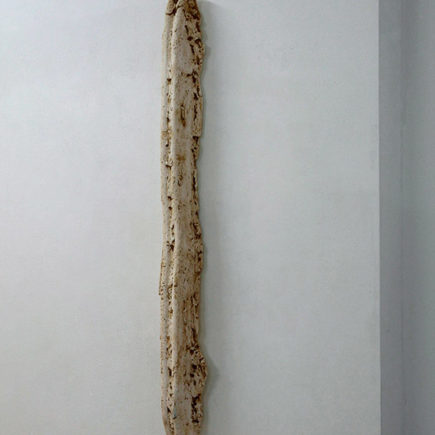 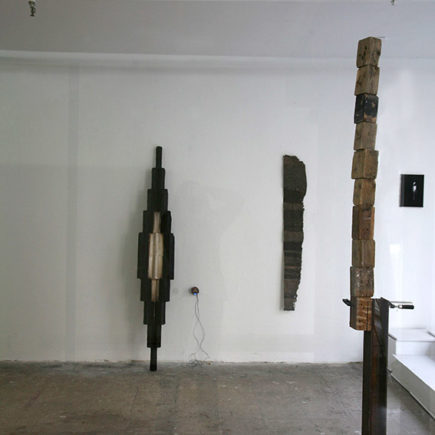 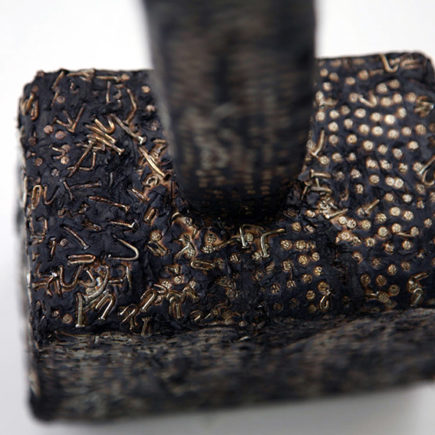 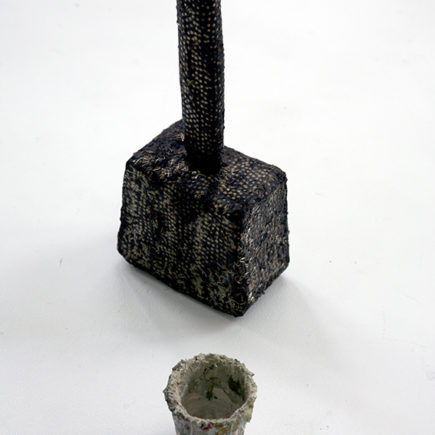 The works of Elise Eeraerts and Claude Cattelain rely upon strong ties that unite them to the materials they work with. They both work from simple raw material, with only light transformations. Transfers, movements and balances of materials are at the heart of their practices, with particular attention paid to prehistoric and early cultures.
Elise Eeraerts presents soil samples containing several centuries of geological history. She considers human traces on nature, as well as the scientific, mathematical and chemical representations of it, and she is interested in the geometry resulting from observations. Her most recent works on metals and their conductive qualities has led her to work with technological means.
Claude Cattelain challenges the environment through performance. The place of the body is central: a “ferryman”, the center of intention, is the one who relates human construction to nature. His works are commensurate to his own body. He is attached to ancestral gestures and rituals: leaving a trace in the clay, placing objects in balance or igniting an object. He expresses the body as a support that distributes energies.
The artists question their environment by showing a keen interest in the landscape, nature and the human impact on its biotope, both personally and collectively. By using the notion of landscape in relation to humans, the artists are returning to interiority, while including the human in its context. They highlight that access to outside is made through inside and invite us to observe our own mental landscape.