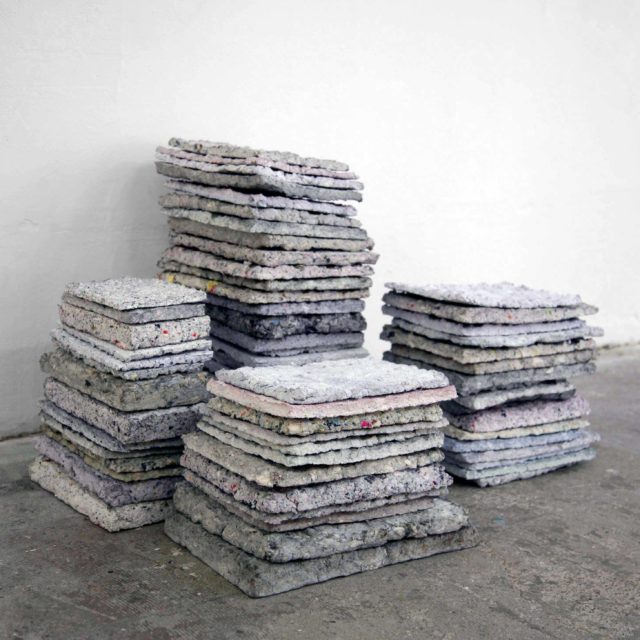 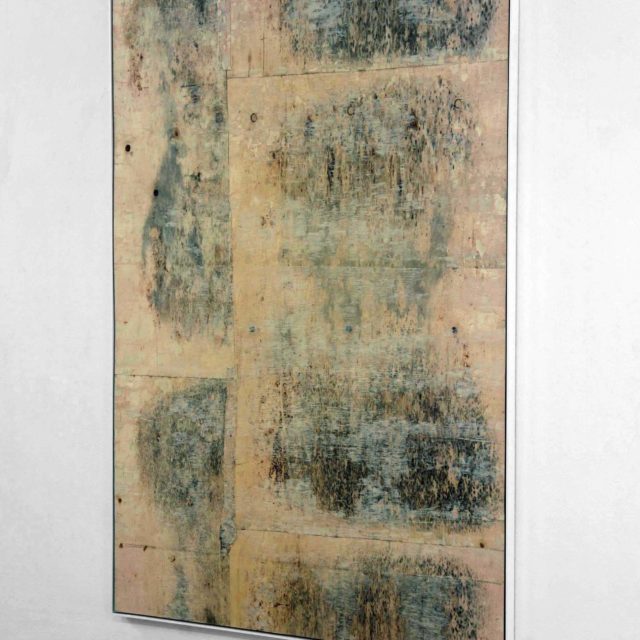 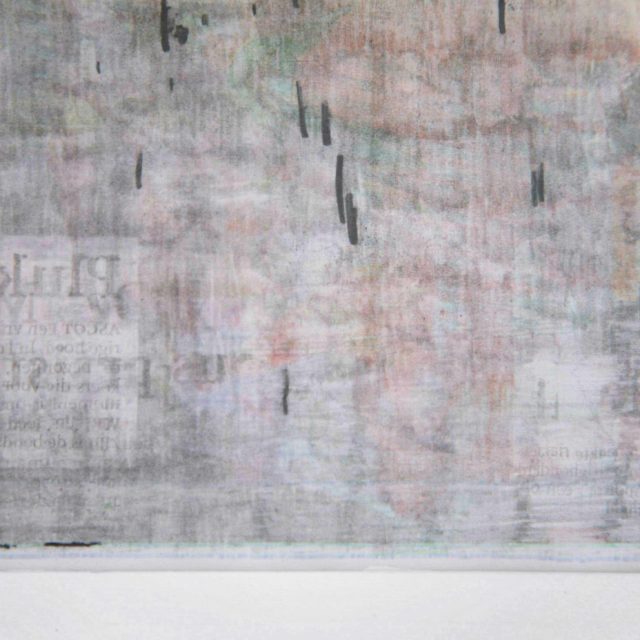 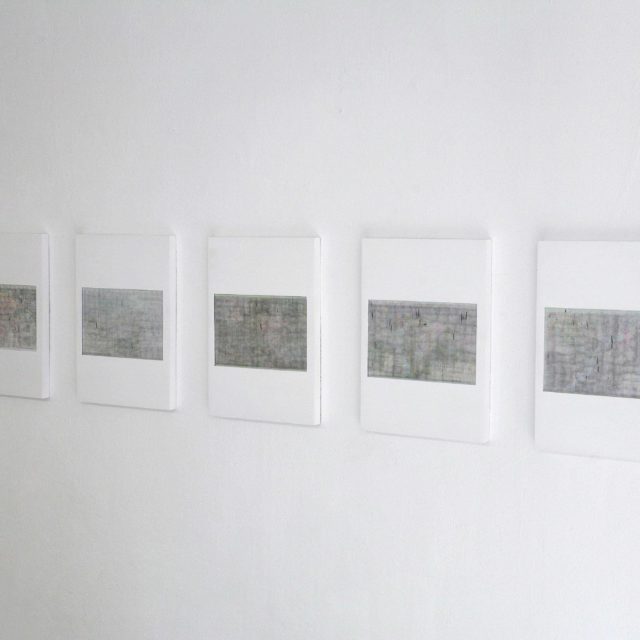 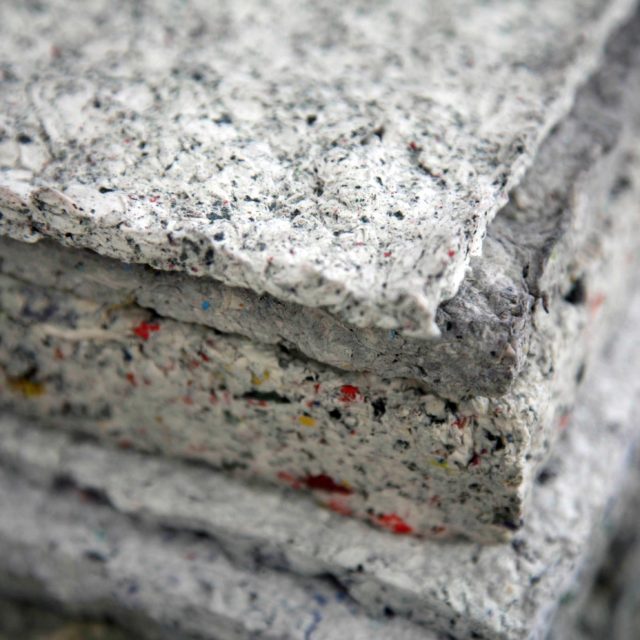 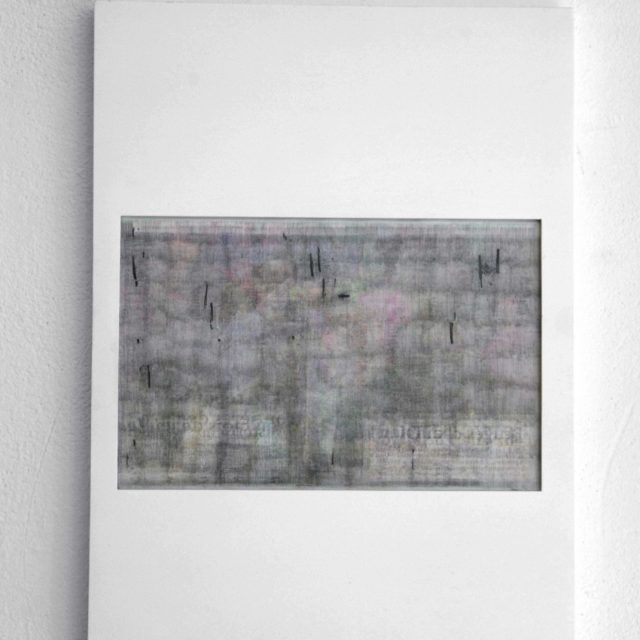 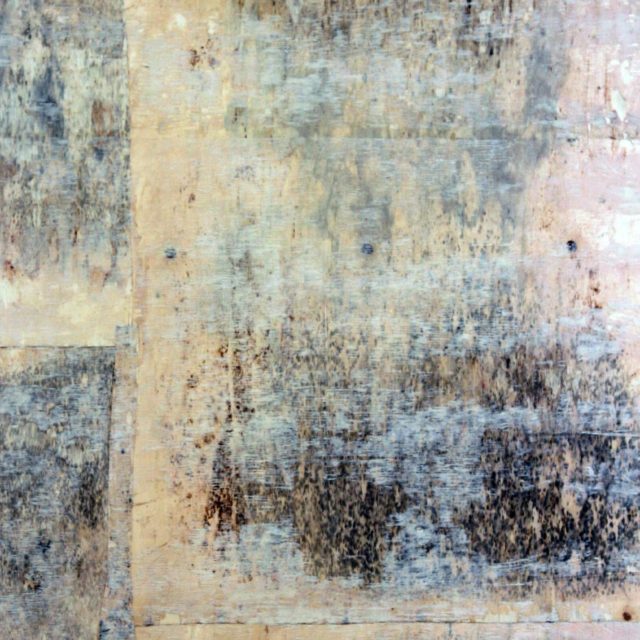 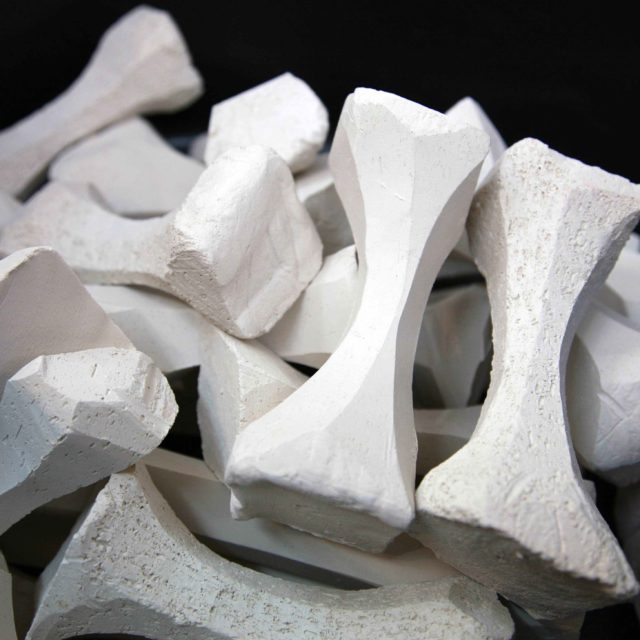 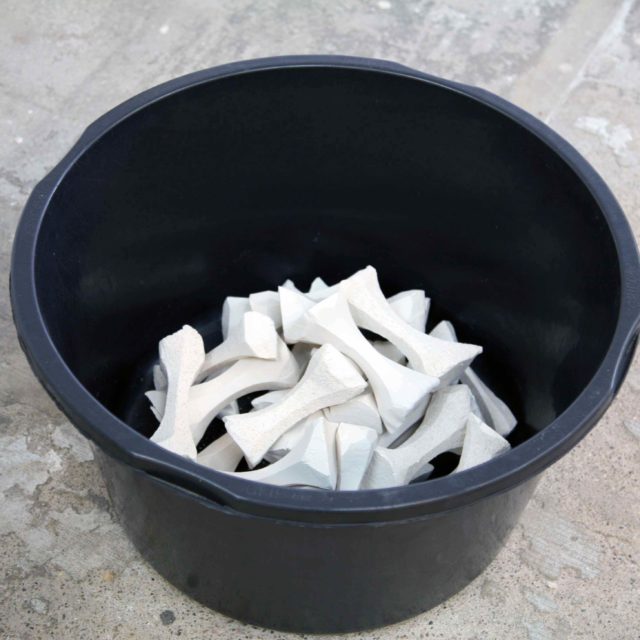 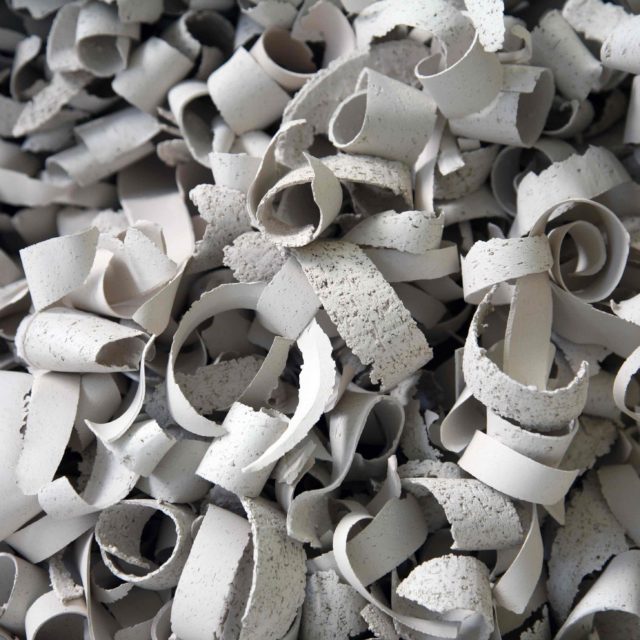 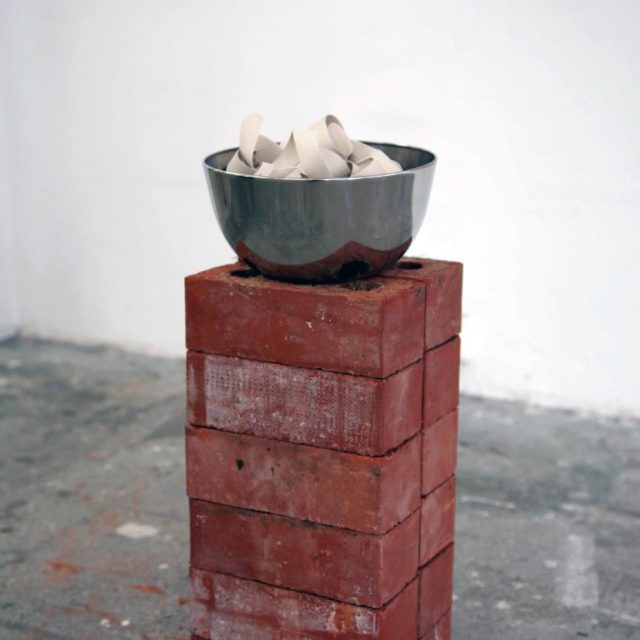 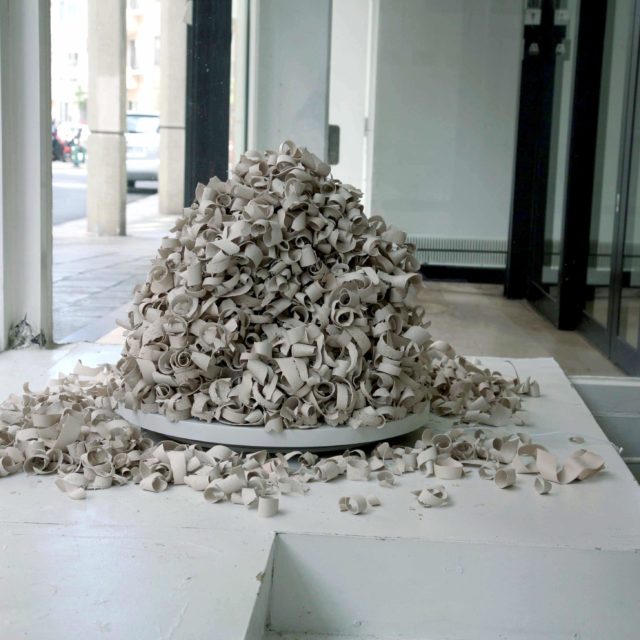 João Freitas and Nasrin Tork are both expressing a relationship of exhaustion of their subject and their materials.
Starting from his personal relationship with drawing, João Freitas explores the means, the materiality, and pushes them to their breaking point. He discovers what was hidden or erases what was to be seen, alters the material and makes visible the heart of the image. As archaeologist of common objects, he presents superposed front pages transferred from newspapers. The images fade and blend while the graphite mine sometimes hits the paper. João Freitas thus denotes the occurrence of the unexpected within the daily routine.
Nasrin Tork is an Iranian sculptor who develops a work whose issues and means are similar to those of relational aesthetics. Food, process and ordinary day-to-day devices spontaneously take the center stage, because the link and the nature of the relationship are at the heart of her work, through the intermediation of self-portrait. Nasrin Tork addresses, analyzes, and questions the cultural and political conditions of the appearance of her work within the work itself. She presents the equivalent in clay of the weight of her own body, which she peeled to the bone.
More than simply destroying, both artists are curious to scratch appearances in order to discover what is behind. To repeat a technique until it is exhausted is to reach the bone, to grasp the marrow, that is the essence, a form of truth.